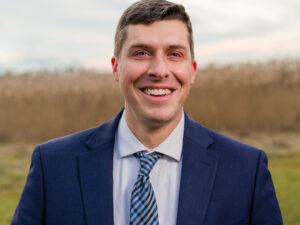 Daniel Wiginton has served First Baptist Church of Matawan as pastor since 2013. Before that, he served for nine years on the pastoral staffs of churches in Kentucky and Colorado. Daniel grew up in Abilene, Texas, which is where he first believed the gospel. He and his wife, Micah, have five children and are involved in foster care and adoption. He earned his bachelor’s degree from Vanderbilt University and his Master of Divinity and Doctor of Ministry degrees from the Southern Baptist Theological Seminary. Daniel serves on the Executive Board of the Fellowship of Independent Reformed Evangelicals (FIRE).

For now Daniel is the sole elder of the church, but we are actively working and praying toward identifying additional men within the congregation to serve as elders along with him.